Recently me and my kids joined in with a Facebook competition on the Staedtler page, to try and be a member of their Try-It team of bloggers. We were excited to win a place on the team, especially when our box of goodies showed up:

Disclosure: Staedtler sent us the products to use for this post, but all photos, text, and opinions are our own.

We had tons of fun making these, and we definitely picked up a few tips for how to use the moulds along the way too! For those that don’t know, Fimo is a modelling clay which you can shape, and then bake it in the oven to make it solid. This is kids Fimo too, which seems to be extra soft – great for making it easier to shape!

First we got all the colours of Fimo and the moulds out to have a look at:

We chose which colours to use first. When I looked at the packets I was excited because they had a re-sealing closure… or they looked like they should. But actually all the packets just ripped when I opened them, so the re-sealing sticky bit was kind of useless. I ended up wrapping our leftover Fimo in clingfilm so it wouldn’t dry out. All my packets tore down the side like this: 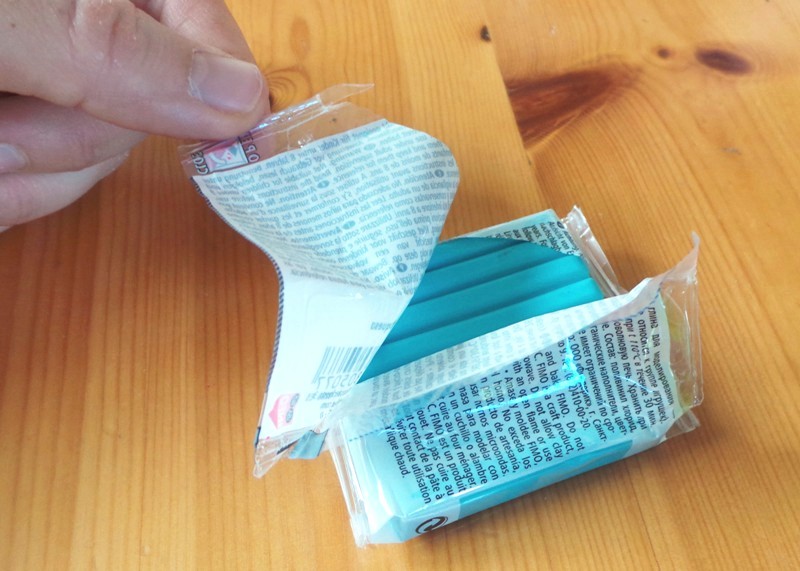 Top tip #1 – which it did say in the mould instructions – was to spritz the mould with a bit of water before putting the Fimo in, so that it comes out easier. We did try it with and without the water, and it was definitely A LOT easier to get them out if they had water sprayed inside first. I just used a garden water spray:

I left the kids to do the moulds themselves first to see if they could do it on their own. But their natural inclination was to press the fimo down into the moulds using their fingers – which would mean you wouldn’t get the impression at the back of the mould:

I then explained that the Fimo needed to be bigger – like a ball for the planet, or like a fat sausage for the aliens, so that you would get a 3D object with shaping at the back and the front:

They both managed to press the moulds shut themselves – Cheeky Boy liked to press his against his belly:

When the items came out of the moulds we had to remove the excess Fimo. We did this with a combination of pinching it off or using a modelling tool to cut it off (it didn’t come with a modelling tool, but we happened to have one). Then we smoothed down any bumps that were left over:

One thing to note is that if you’ve sprayed the mould too much then the Fimo will come out a bit wet and slimy:

We smoothed it out a bit then left it to dry for 5 mins or so, and it turned out fine.

A lot of the moulds have details that leave impressions on the surface, like eyes and arms on the aliens. However, these details tended to get lost when we were removing the excess Fimo and handling the models – I think this was partly due to the kids Fimo being that bit softer – it was easy to accidentally smooth the details out!

It was okay because it gave us a reason to use more colours and add our own details. Cheeky boy seemed to be especially good at this, he loved adding eyes, spots, feet, and stripes:

I should also point out that we used baby wipes to clean our hands in between colours. After making a red planet Little Miss had to go and wash her hands as her hands were so red! It came off easily enough though.

The only mould that we had a lot of problems with was the stars mould – we couldn’t seem to get the excess Fimo off without losing the shape of the stars. This was our first attempt:

And our second attempt – I did the larger star on the left by myself which is why it’s the neatest:

Then of course Cheeky Boy decided my neat star needed some ‘spots’ and he proceeded to cover it in black Fimo blobs. Ah well, he was happy: 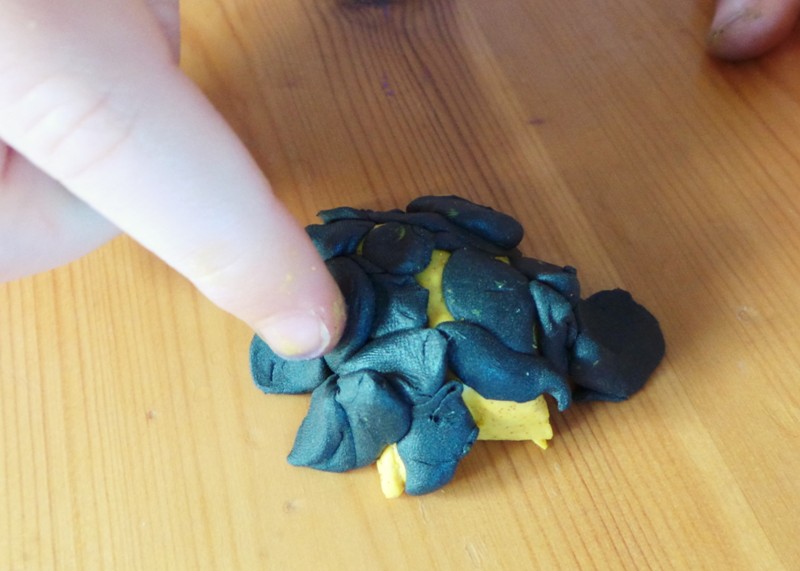 Once they were finished moulding I baked the aliens and accessories in the oven following the packet instructions, and left them to cool before the kids had a chance to play:

Here’s a little 30 second video of them playing with their new toys:

I don’t think Fimo is really designed to make toys – I know that pieces may eventually break or fall off. But as there aren’t any thin or fiddly bits on these they should last a while. The kids have been bashing them around in their games for a few days now and nothing’s broken yet!

Little Miss calls them her ‘miniaturisers’… which she thought meant that even though they were little they could do big things. She also likes the idea that they can turn things tiny, now that I’ve explained it! See, we are learning as well.

I was really happy with how much the kids enjoyed making these, and I was surprised by how much Cheeky Boy (who turned 4 a few months ago) could do by himself. We can’t wait to try our next Staedtler project! For more from Staedtler check out their blog HERE.

Of course I couldn’t let the kids have all the fun… here’s my alien:

I think the kid’s ones are better, but I like my little alien too!

Have you ever tried using Fimo or modelling clay? I used to make earrings with it too so I might get Little Miss to make some jewellery next.

I’m linking this up to the Tuesday Pintorials Linky Party!

Disclosure: Staedtler sent us the products to use for this post, but all photos, text, and opinions are our own.