The latest Staedtler Try-It-Tribe challenge was to build our own tent for some creative camping. As we had a couple of nice days over half term this seemed like a great excuse to get out in the garden for some summer fun!

Ours wasn’t a perfect success as it only stayed up for half an hour or so before collapsing, but that was down to poor structure choices. I’ll explain as we go along so that you can make yours much stronger if you have a go. The kids didn’t mind it collapsing as they’d had so much fun building it – they just made me promise we could build another one again in the summer holidays!

We started off with some bits of material (sheets and beach towels would work too, but we did draw on a couple of white bits of material so you’d skip that step if using nice sheets!), some string, lots of sticks both tall and short, a roll of paper, lots of Staedtler pens, and a bunch of pegs (the pegs aren’t in the photo but they were just basic wooden pegs):

Next we tied three tall sticks into a tee-pee shape. I say ‘we’ but the kids couldn’t reach that high – they were just helping to hold the sticks and string! After tying the tee-pee shape we used smaller sticks to strengthen the structure, putting them horizontally across 2 sides of the tee-pee and tying them in place:

I could tell at this point that our play tent wasn’t going to last too long. See the tall upright stick on the left-hand side of the tee-pee? It’s actually 2 sticks tied together. I tied 2 together because they were not very strong sticks and they kept bending. I hoped that tying 2 together and strengthening the sides would be enough to hold it up, at least for the afternoon. But once we put the material on too, and the wind blew the tent over a couple of times, well them sticks just kept bending! Lesson learnt – I will gather tall strong sticks before attempting this again!

The kids went off to colour in some pegs, decorate the white material, and design a flag, while I worked out how to peg the material onto the stick structure (they especially liked using gold & silver pens on the pegs): 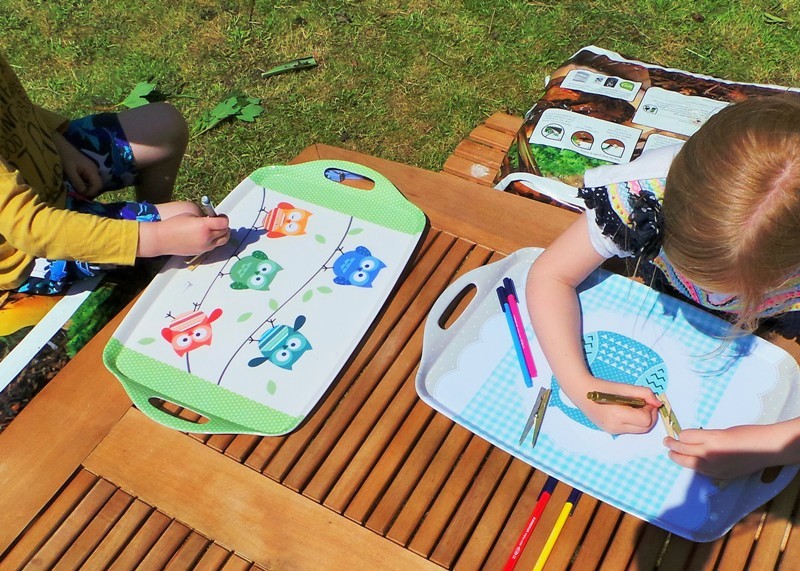 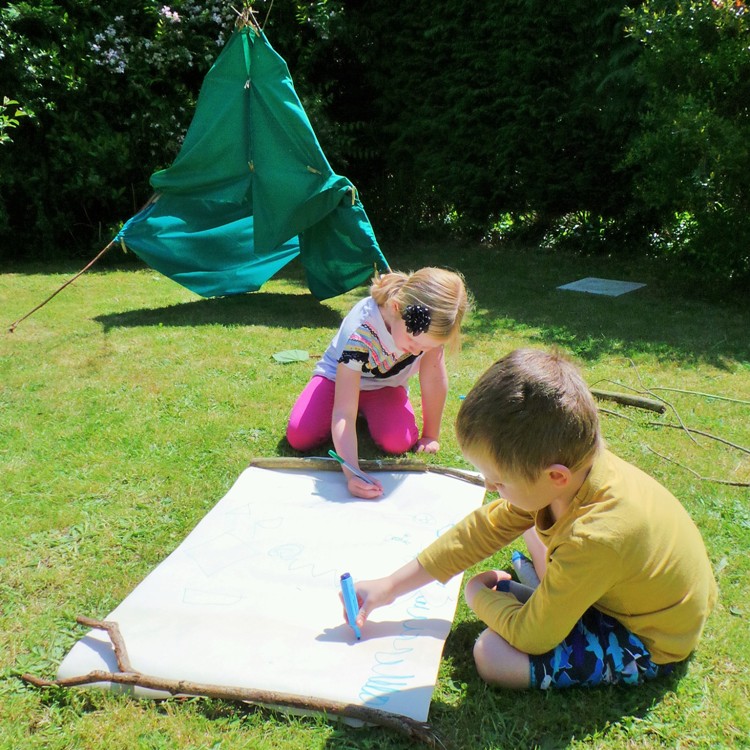 Another note – this flag was way too big for our windy day – it kept knocking the tent down too! Next time I’ll use an A4 size piece!

The tent didn’t look very pretty from the back, with pegs all over it and some big stones weighing the sides down to stop them blowing in the wind:

But it did look cute from the front, especially when the kids stretched their legs out so I could see their feet poking out:

The front of the tent had the most colourful pegs holding the door together when they were inside:

They’d even coloured in a couple of leaves which they pegged onto the tent too: 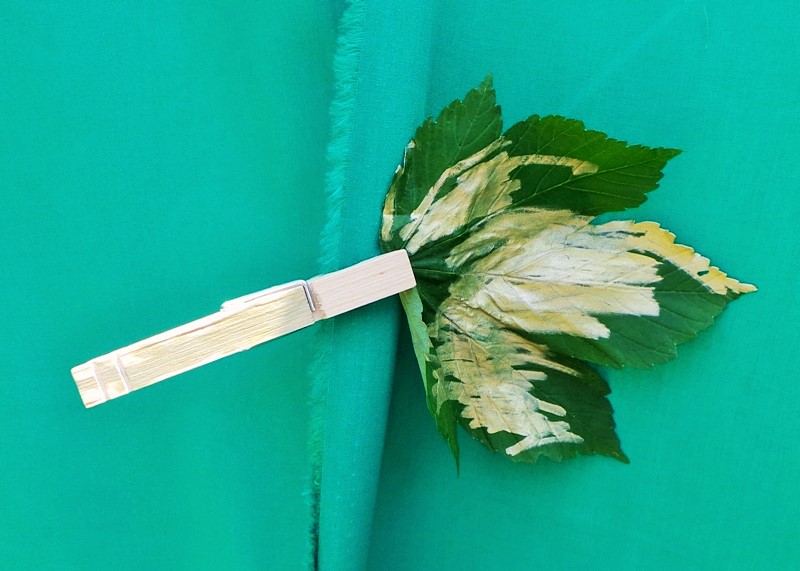 They had lots of fun with the tent while it lasted: 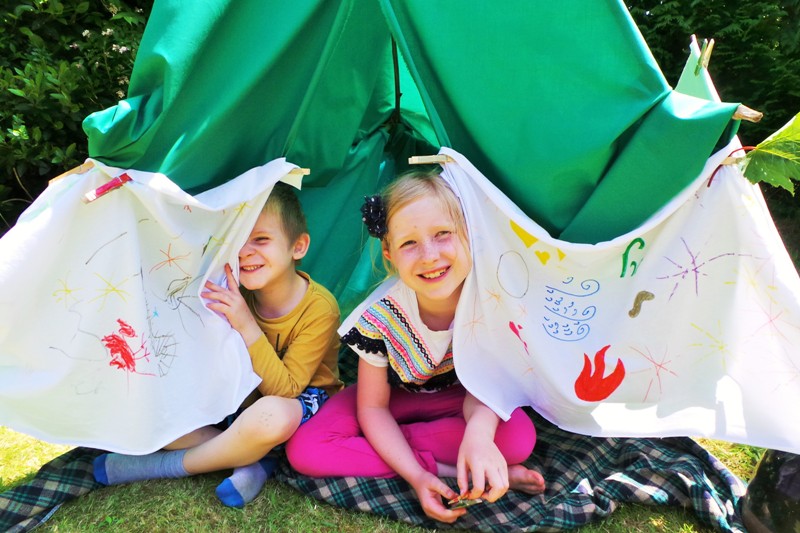 Have you ever tried to make your own tent? It’s a fun way to spend an afternoon. But next time I’ll definitely have more strong sticks! I want to try an A-Frame tent next time!

I hope you’ve had some warm weather where you are too, for some outdoor adventures!

Disclosure: Staedtler sent us the pens to use for this post, but all photos, text, and opinions are our own.